College of Alameda serves over 6000 unduplicated students every semester from the San Francisco Bay Area. In Fall 2019, total enrollment headcount for College of Alameda was 6,215 unduplicated students. The cities of Oakland and Alameda together contribute over 66% of enrollment with 43% from Oakland and 23% from Alameda in Fall 2019. Students from San Leandro, Berkeley, Emeryville, Hayward, and Richmond are the majority of the remaining student headcount.

Trade, Transportation and Utilities industry sector represents the largest employment industry in the College service area for the past five years, followed by Professional/Business Services, Leisure and Hospitality, and Accommodation and Food Services. University of California Berkeley, Western Digital Corp and Lawrence Livermore National Laboratory are the largest employers in Alameda County. 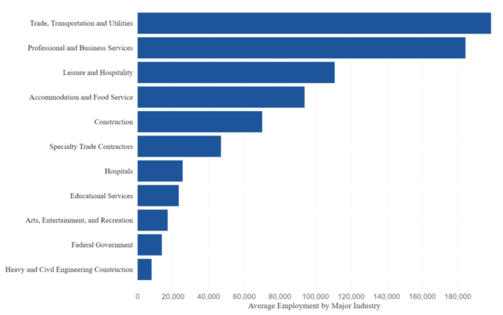 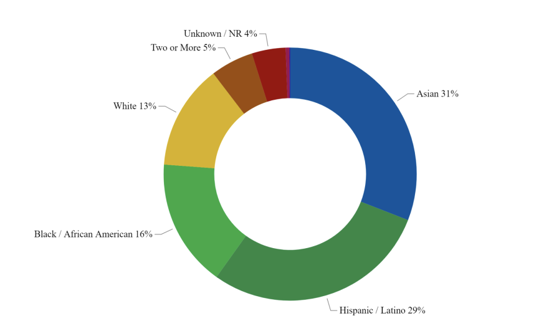 Seventy percent of the College of Alameda student population is between the ages of 16 to 29.

College of Alameda continuing student population remains steady at 52% and close to 20% for first-time and first-time transfer students. The College special admit population is15% due to increased dual enrollment.

Pursuing transfer and completion of a degree is the most indicated education goal at 53% for students applying to College of Alameda.